Proving to myself I can still do it... four new pieces for Byard Art Summer Show

I admit it...  have been having major wobbles about my work. After the move, after the emotional upheaval - could I still do it? make pieces that are relevant, have balance? could I still hold the scalpel calmly in my hand when my insides are all a tangly mush? well... I took it bit by bit and got four pieces done. They are only A4, so nothing extra ordinary in the great scheme of things, especially when I think of all the prestigious installationey things that are set up in the art world. I am such a teeny tiny minnow in the scheme of things....but to me, these four pieces are a little mini triumph that normality is beginning to happen. That life, so vastly different from how it was, will still push onwards, and making my art ill still be essential part of my life.

These four pieces - classic icons of Cambridge: the market place, the apples trees in The Orchard, the Mathematical Bridge and of course the punts - are all available to buy from Byard Art, Cambridge right now in the summer show, all priced at £300 each. 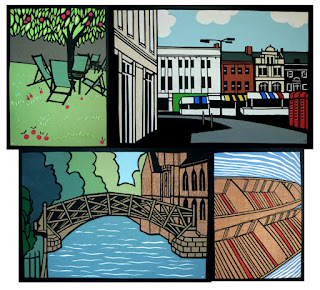 Posted by Vanessa Stone at 15:48 No comments:

With extra special thanks to James Mayhew and Orchard Books, who took these photos of me at Pop Up Festival of Stories 2012. It's the strangest thing to see pictures of me talking, demo-ing and realising that that dress was a tad too short! I have done this in schools many times, working with children to make their own paper faces... this was the first time I WAS MIKED UP AND TALKING TO A CROWD. ITS WAS AS SCARY AS HECK! I just chattered away and shared my enthusiasm for making art from humble materials...and the children loved seeing faces appear out of the paper. It was such a lovely day making paper dragons and faces. I felt honoured to be part of it. 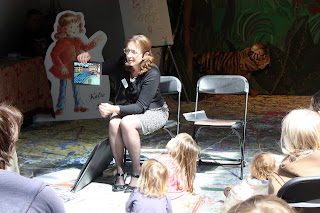 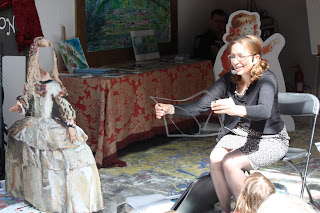 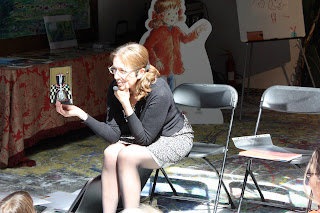 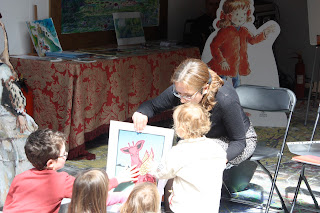 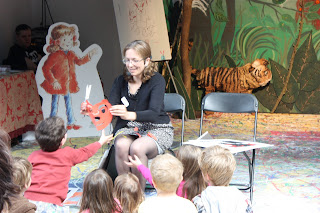 Posted by Vanessa Stone at 10:46 No comments:

I have been making paper faces for a fair while...usually its for children's workshops as the folding the paper in half and cutting eyes, nose and mouth is a kind of magic thing to watch someone make and have a go doing too. I demonstrated how to do it just recently at the Pop Up Festival of Stories 2012 It really gets your brain going as you have to think about how to use a simple shape to convey a face. I have never done them with a scalpel though... its always been with scissors.

Until now..... I am in a new house, a new life and up from my subconscious are rising these faces. Creativity is a magical thing! talk about a mystery...and I quite like this start. I like the fact that she looks like a warrior, a woman who is looking intently, a woman that's focussed. The nose and the lips on the second version are a bit rubbish though!  Mark 3 coming soon.... 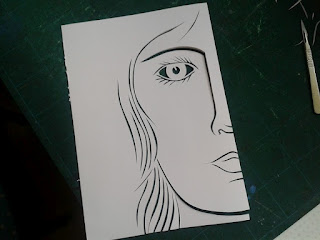 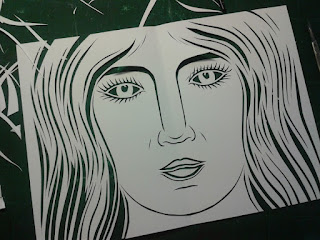 Posted by Vanessa Stone at 14:33 No comments: